The Revengerists Consortium of Stuff Wiki
Register
Don't have an account?
Sign In
Advertisement
in: Awesomes, Douchey Awesomes, Allies,
and 4 more 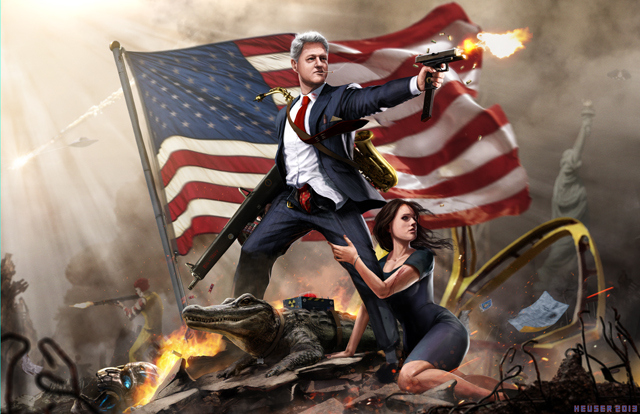 William "Billy-Jeff" Clinton, (born August 19, 1946) was the 42nd King of America. He was known to get his dick wet by laying down the smoothe sax music. In 1998 an epic battle with the evil spaceslug Kenn-Starr began, during which time Billy-Jeff redefined the word "is". He is also famous for saying, "I did not inhale", when questioned about his marijuana usage; which is either and elaborate reptilian coverup or he completely missed the point of smoking cannabis.