The Revengerists Consortium of Stuff Wiki
Register
Don't have an account?
Sign In
Advertisement
in: Fucking Norms, Tame-Ass Karate 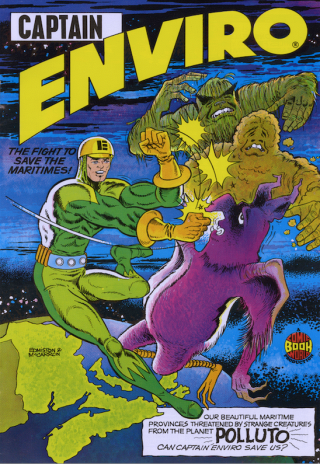 His Story: He's Canadian, but instead of Wolverine claws he wears a yellow hard hat and a "pollutant-free ecobelt" that enables him to fly to ecological disaster zones.