The Revengerists Consortium of Stuff Wiki
Register
Don't have an account?
Sign In
Advertisement
in: Animals, Douchey Awesomes, Morally Ambiguous Figures,
and 4 more

Cats are animals. They are supreme beings who are actually more Awesome because they don't give a single fuck and flaunt how awesome they are. They just use their many powers to get what they want when they want which is mostly food and the rest of the time they sleep.

How Cats Prefer to Live:[]

Cats are happy when they have an aerial view from which to plan their attack. They like to remain hidden until the last possible moment before they strike. They require sunlight to sleep in, shade to sleep in, boxes to sleep in, soft bedding to sleep in, and sand to poop & pee in. 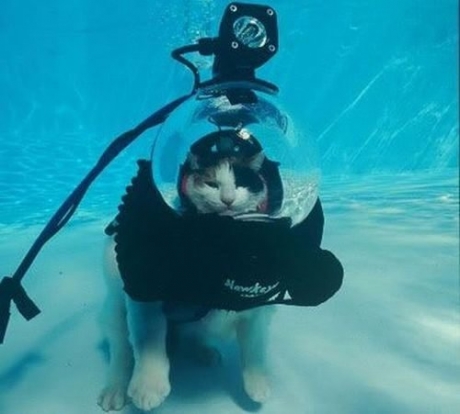 They're probably scientists or something.

Cats have no interest in responding or participating in Human science endeavors. They are above it. "We did one study on cats—and that was enough!" Ádám Miklósi, an animal cognition expert, said. University of Padova comparative psychologist Christian Agrillo had a similar reaction: "I can assure you that it's easier to work with fish than cats."

Take Agrillo's studies. His team created a series of tests designed to suss out "numerical competence," to see whether cats could tell the difference between three dots and one dot. It was a big, fat bust:

When owners brought their cats over, most of the felines freaked out. Even the docile ones displayed little interest in the test. Ultimately, Agrillo wound up with just four cats—and even they were a pain to work with. "Very often, they didn't participate in the experiment or they walked in the wrong direction," he told me. "It was really difficult to have a good trial each day."

Definitely click through to the Slate article for all the nuances, but it seems scientists just haven't found a very effective way to study cats' brains yet. This is because they do their own complex experiments every single day.

The old phrase "curiosity kills the cat" is a bit of a misleading premise. Though curiosity has been responsible for the vast majority of cat deaths, more than almost any other animal, there are several extenuating facts to consider in context. First of all, cats are far superior to all other animals, and as such, are much more inquisitive, skeptical, critical-thinking. This "curiosity" as you call it tends to get them trouble, to be sure, but you must consider the sample data. If more cats are more curious more times out of every day than any other animal, then we should expect to see more curiosity-related deaths. Curiously, we should also expect to see more curiosity-related breakthroughs, fun activities, and food discoveries, and we do. Incredibly, cats are only more likely to die from curiosity-related deaths because they are more capable of surviving other deadly things, such as falls from great heights. Fascinatingly, we must also consider that curiosity-related deaths also encompass many, many other types of deaths, from washing machines and tiger pits to encounters with cats who have STDs and other diseases. Interestingly, cats who die from curiosity trauma are easier to identify and prove than cats who die for far more ambiguous reasons; household accidents, hard-to-diagnose illnesses or ascensions to higher planes of existence.

Not surprisingly, though humans coined the phrase 'curiosity killed the cat', this was before they had gathered quantitative evidence to posit such. Humans are themselves renowned for their embarrasing lack of curiosity, and yet still manage to die more often of curiosity than the clever cats do, because they are not as good at it. Seriously, we got explorers and shit going halfway across Antarctica to dig up some Elder God shit. We got humans who hear a noise in their dark basement and go down to investigate. You know who would never do that? Cats.

Dogs don't die from curiosity, they die from stupidity.

And old age, I guess everybody can die from old age.

Cats consider you a mere object[] 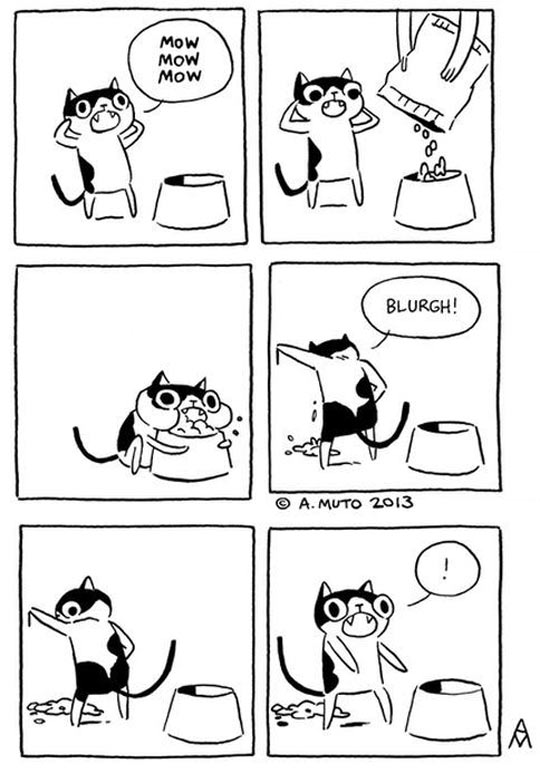 Cats have many powers, special attacks and abilities. These may include but are not limited to:

Modern Earth Cats are descended from ancient aliens (who used to resemble conquering sabre-toothed beings, before their civilization became more peaceful and lethargic and started burying their poop) who seeded Earth with cats and returned dozens of times to steer their evolution, most recently during the Egyptian Dynasties of Cat Rule over humans. Since then, the conquest of humans by cats has been more subtle and ambivalent, with the exception of the occasional megalomaniac who gets uncateristically ambitious and hungry for power instead of fish-flavored snacks (see: Cat Hitler). Luckily there are also always heroic Awesome cats to quell such evil upstarts (see: The Dude).

The current space Empire of Cat People is ruled over by the Alien Cat Queen, who spends most of her time when not ruling being sexually promiscuous, hunting the Sparrow People of the Outer Rim nebulas, and adorably playing with the cosmic superstrings of existence.

It is traditional on Earth for humans to toss a cat to one another, often as a form of father-son bonding. This can also be used as a special attack move. At weddings, the bride will throw a cat backwards to her bridesmaids and other ladies, and whomever catches it will get covered in scratches. 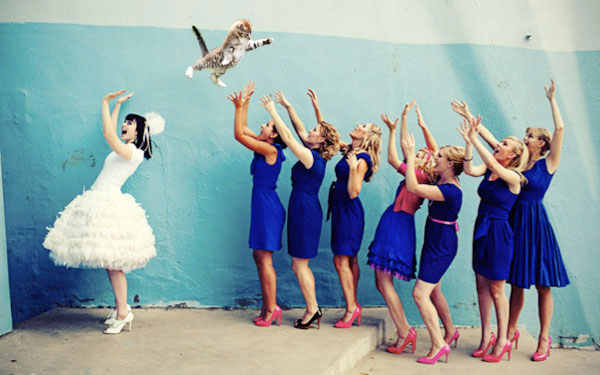