The Revengerists Consortium of Stuff Wiki
Register
Don't have an account?
Sign In
Advertisement
in: Animals, Creatures, Legends,
and 6 more

Dinosaurs are a race of Awesomes that ruled the Earth for millions of years. MILLIONS, fool.

Like all Earthly Awesomes, Dinosaurs were engineered or at least evolutionarily steered and bred for Awesomeness by some sort of Cosmic Beings, though it is unknown if this was the Ancient Dragon Lords (whom some claim are actually descended from dinosaurs), Celestials, Alien Grays, or God. It is now believed that dinosaurs evolved into stupid birds, and that those driven underground by cataclysmic DOOM (see below), probably evolved into the Reptilians. This is all over the place now, you guys, I can't go on anymore. Fuck off.

Dinosaurs used to just have scales but now are believed to have also had feathers as a result of the meddling of The Revengerists in the Retcon Wars (they were trying to do something else to save us from an even worse timeline you guys).

There were many different kinds of dinosaurs, with many varied powers and abilities. These range from their ferocious roars and deadly jaws, razor sharp claws and teeth, titanic sizes, excellent swimming abilities or holding their breath underwater, mighty stomach powers, super-strength, super-speed, superior jumping and leaping, and a range of missile launchers, railguns, lazers, cybernetic enhancements, dubstep, rockets, and machine turrets.

A few dinosaurs even learned how to master travel through time and space, and became time travelers conquering other galaxies, including certain timelines of our own Earth such as the Dinosaur Planet. They eventually grew feathers and learned how to glide. However, in order to gain the power of flight, they had to evolve hollow bones which made them infinitely less awesome.

Dinosaurs could eat anything, everything, anybody and everybody. And they did. Few survived. It would require the efforts of nearly all the Strange Gods and Fates combined to destroy them; meteors, Ice Ages, volcanoes, hurricanes, pandemics, dust storms, drought, famine, and floods.

Nobody is quite sure what dinosaurs looked like, but one thing we know for certain is that everything we thought we knew is probably wrong.

Idunno. It might've happened. You don't know. They had, like, plenty of time.

The Bible tells us that some dinosaurs survived well into the time of humans, such as Leviathan. These may have been the Dragons that taught us knowledge, civilization, agriculture, art and war. There were many battles and environmental disasters which benefitted humans over dinosaurs, and they eventually were reduced to service animals for the primate populace. They would be useful for millenia as pets, construction equipment, transportation, household appliances and gardening tools. It's a tough job, but somebody's gotta do it.

In the Modern Era, with most dinosaurs extinct (except for Mokole-Mbembe, Ougopogo, Nessie, Champy and a few others), it took the wily machinations of an insane philanthropist with a mind for scientific exploration and a heart with no regard to the safety of his grandchildren to discover a way to clone dinosaurs and set up an amusement park where all the failsafes and security measures were rigged to a single buggy computer run by one underpaid and underappreciated individual with no background check who had all the passwords. This

facility could not even withstand one tropical storm, which is especially notable in that it was on the tropical island of Isla Nubar.  Before long, nearly all the humans on the island were dead meat, and the dangerous velociraptors, tyrannosaurus rexes, compies and dilophosauruses ran amok. Within a few short years, they had broken the biological programming of the short-sighted philanthropist, multiplied in great numbers, and routinely invaded the mainland in accordance with Chaos Theory. That philanthropist... was Richard Branson. And now you know... the rest of the story. 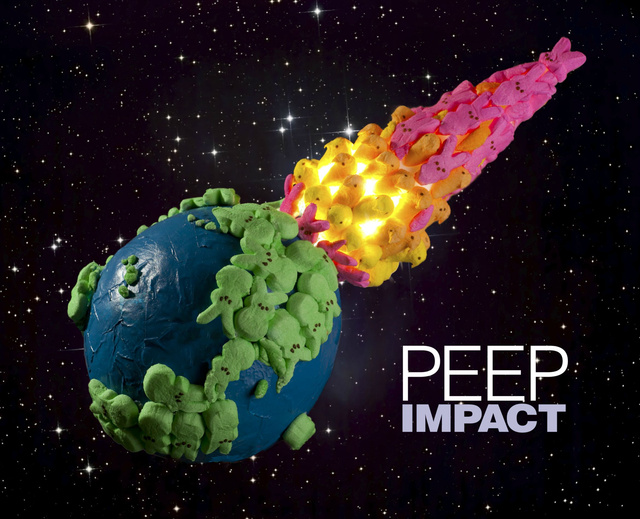 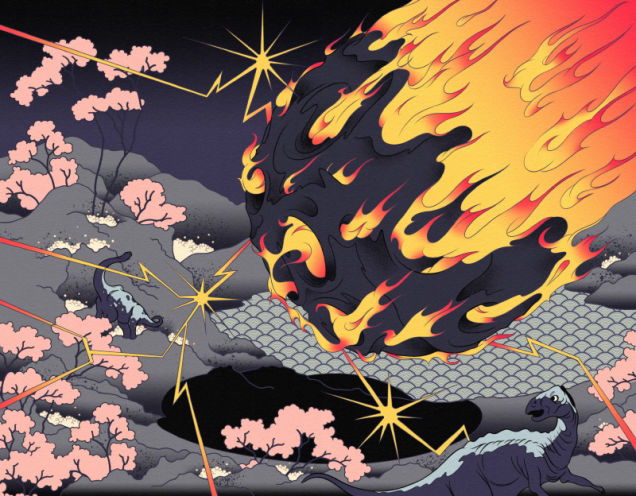