These are all the places Revengerists characters can go, but just narrowed down to the places worth talking about because THEY CAN GO ANYWHERE THEY DAMN WELL PLEASE!

The Omniverse (or Omniverse Prime or Omniverse, not to be confused with 'Double Prime') is every dimension put together at once so that it is in one singular irreducible 'verse, or Prime. People who can traverse the Omniverse also have complete knowledge of it when they do so at that time, Breshvic for example describes it as looking at and fully understanding a whole unfolded road map while doing some kind of crazy drug , in Revengerist #500 Special. Other beings who wield some influence or can gain entrance or exist within the Omniverse are Space King, Dr. Tasty, the Mindworms, some kind of large rock men that shoot gas lasers (as yet unnamed), Odd Jog, Der Kirche , and various people who have had NDEs (Near Death Experiences) or ADEs (Actual Death Experiences). It isn't very hard to gain entry to the Omniverse, and everybody is always in the Omniverse, but those who have are truly powerful indeed, breaking the tensile bands of spacetime itself. One must only stay in there for four hours, or else they will be stuck in there for a thousand years, which back on Earth lasts only a few seconds. Unskilled people who did this will leave a hole open for goblins to get out into our World, or even for some slacker teens to wander in, having no way of understanding what they are seeing. This obviously depends on the way you enter the Omniverse, if by magic or some type of means then yes you will do this maybe. If by science or born with it (i.e mutant power or alien thing( then you will probably be ok. Usually people who think they can do no wrong and who claim to be protecting the Omniverse inadvertently do more damage due to the fact that the more times you do this the more you damage the Omniverse.

Many Supreme Beings dwell there, notably the Devil and God (*if He even exists), ye Strange Gods, King of All Cosmos and Thor, and various physical functions of the workings of reality like Reapers and Correctors.

Some have even tried to rule or conquer the Omniverse but it cannot be owned since it does not exist. Every time a more powerful amulet or glove or set of rings or crystal eye comes along that purports ultimate control over everything, it usually gets destroyed by something less powerful at the last minute, like a smaller peice of itself that wore off earlier and fell into the heros hands to use for later.

FUN FACT: What is the Omniverse comprised of? Ancient Forerunner civilization scientists (extinct) have deduced that taken all together, 13% of the Omniverse is dark matter! Isn't that interesting? What's more, empty void space makes up another 13%! Another 2% would be the typical, boring, lame matter that we generally think of; like inert rocks, lava, ice and gas. The remaining 72% of the Omniverse is composed of convenient plot devices and story needs.

Otherwise known as Sol, or Saul, this is a petty and angry God that rules over one teensy pathetic solar system but never lets its inhabitants forget that, without it, they would all perish. And with it, they often get cancer because of it. If you anger the Sun God, it will bounce around and swoop down tryna getcha until you get to the end of the level. It has all the energies and POWER but stupid humans can't even figure out how to harness any of the power that it freefly gives.

Is where Mr. Mind and the Mindworms come from, after banished from DC Comics continuuity because Shazaam! was so lame and he was an even lamer villain. He was no match for all things awesome but his planet is also worth mentioning here because it is also a real planet in our solar sytsem and the late Captain Beefheart wrote a song about it in both comics continuity and real life continuity.

home to the infamed Earthicans (or homo sapiens, human beings, humans, humanity, hommes, Pekoponians, or less commonly, Earthlings), Earth is the third planet from the Sun, and the densest and fifth-largest of the eight planets in the Solar System. It is also the largest of the Solar System's four terrestrial planets. It is sometimes referred to as the World, Erth, Irth, Pekopon, the Blue Planet, or by its Latin name, Terra (literally meaning, 'turd').

Earth formed 4.54 billion years ago, and life appeared on its surface within one billion years, setting and holding the record for slowest. The planet is home to millions of species, including weasels. It has spawned, been dominated by, and increasingly destroyed by bacteria, dinosaurs, Dragons , humans, and Awesomes . Earth has been pretty bad-ass at killing the things that dwell on it as well, however, and survives in some form or another to this day as of writing.

No matter what there is always at least one earth in the parallell dimensions of the Omniverse unless there was one and it was destroyed or yeah. Though constantly referred to as a thoroughly insignificant mote in a cold and expansive universe (let along OMNIVERSE) by poets, philosophers, physics, and Carl Sagan, this speck of space detritus somehow always ends up as the cosmological center of intergalactic conquest, political disputationdisputation, religious war, or schemes of outright destruction for some reason. As humans began to leave their planet to become the colonialist drug-peddlers of the future, most other aliens just hated them. It is a important source* of Awesomes however, which are needed to save the whole of existence over and over like firewood on a fire. pretty futile if you ask me.

Earth is sometimes referred to as a 'Mother' for obvious reasons.

This where the Revengerists kick back and relax after a long work week fightin' evil crimes, or taunting overpowered dickhead heroes, or subversive culture jamming. It is maintained by their uppity robot butler Bob Sequious! and fortified with extra-sensory weapons by military expert Harbjar. The Team of Intern keep it sparkly and FRESH but many of them died of neglect or self-eating! during the Off-Season. It has always contain state of the art arcade and computer satelite resources for all they need, lavish bath dining kitchenery and housing, stainless steel finish and expensive entertainment center. In order to generate revenue for the immense electricy needs while out of town Bob Sequious! franchised a Starbucks coffee center, though it is somewhat unclear how this will make money when only Revengerists are allowed into the compound and they get their drinks for free and none of them like that corporate coffee shit anyway. They also have over sixty terabytes of stolen music, full size baseball court, crime lab, helipad, breakdance mats, and a corner office for each and every of them. They can visit their ally, advisor, sommelier and confidante, Friendly Gus, who runs the general store.

Its location is unknown but believed to be in California somwhere, though they also have an 'East Coast Revengersits' also. It is well established that the base is deep underground, but they also make reference to 'watching over the city' from their windows.

When one leaves the Compound a heavy door closes and after a while a robot voice announces "Revengerist Compound... Secure!" one time it gots hack and it said Revengerist Compuond...Secure? and it made them wonder.

A mile above the surface of the Earth is a futuristic Jetsons city where they eat Buffalo meat, play a version of football that requires an artificially oxygen-rich environment, bult the largest haunted conspiracy airport or something, and brew more beer than any other American city (even though alcohol is more super-effective at that altitude).

The secret origin of Denver, CO,:

There were originally three separate towns, with three separate names, where Denver now stands. In 1859, the other names were dropped in return for a barrel of whiskey to be shared by all.

Their first permanent structure was a saloon, and marijuana is legal there.

known as the home and setting for Batman and Robin

Located in the Octagon, and home of the Aquabats! and The MC Bat Commander, until beset with villains and bounty hunters led by Space Monster M.

Lost somewhere in the Tri-Island Area, an archipelago in the Caribbean also known as the "Gulf of Melange", lies an isle full of monkeys with some unknown Secret. It has been at times a base to ghost pirates, the First Church of Le Chuck, an amusement park, and cannibals.

The Plain of Jars [] 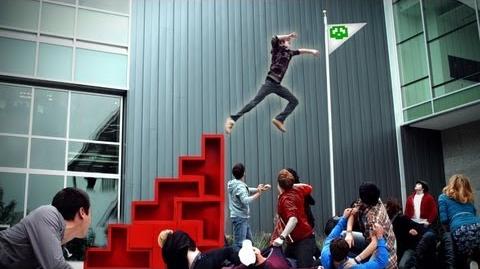 Where all the bullets shot up in the air end up.

Home of Sauron, and Flight of the Conchords, their fourth most popular band.

w where the motherfuckers take spring break and get fucked up. Jesus, was I drunk and seeing some titties 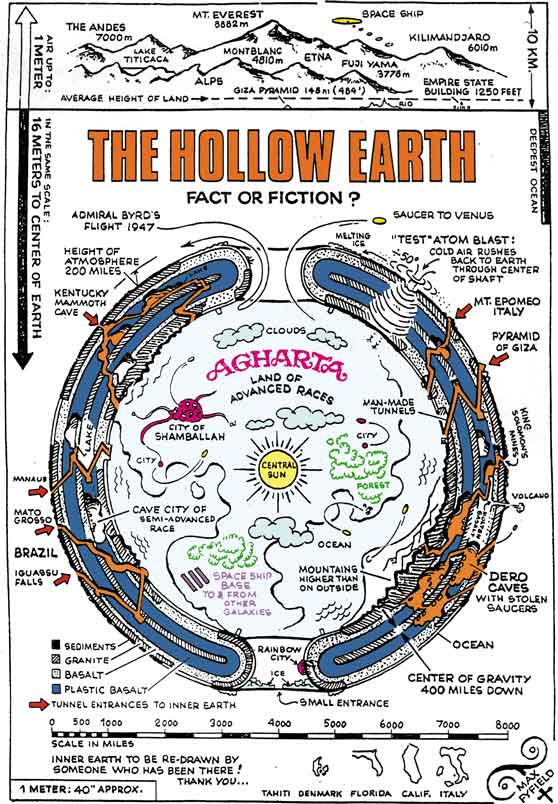 Where Reptilians went into hiding and still reside, having found holes to infiltrate hu-man society, travel to space and other dimensions of the Omniverse. Also known as 'Middle Earth', has it's own Inner Sun, floating vistas and strange gravity, and is home to Gnomes, Orcs, Trolls, Goblins, Demons, Vampires, Man-Bats, Mole People, Lavamen, Dinosaurs, Giant Spiders, Cavemen, Empires, and all manner of Mythical Creatures.

in which what leads to Asgard.

Or Nibiru, or the Ninth Planet or the Tenth Planet or the Ninth Planet (depending on whether or not Pluto has been degraded to planetoid, MAKE UP YER DAMN MINDS!!), is home to the feared Ancient Dragon Lords of SPACE, and the spawned evil Reptilian Empire, though it is unclear if this is their home of origin, or simply a base in our solar system, since they are also claimed to be from Alpha Draconis, and the only scientifically-proven lizardmen live in the Hollow Earth core, and as every news reporter on TV.

Planet X was once considered to be Pluto, but that was stupid, and Pluto was designated as a moon, and then a planetary object, then a planetoid, and finally a planet, and now is being considered a figment of someone's imagination, thus proving that Planet X is still out there somewhere in space... waiting... biding its time.

It is hard to verify any of this for two reasons 1.> the orbit of Nibiru is in a variable elliptical or 'crazy-straw' orbit around our sun, and for thirty-six-hundred years is coincidentally on the opposite side of the solar system and sun than we are, until it decides to ZWIP POW! HERE IT IS ALL A SUDDEN! and b.> Reptilians are very secretive. Try asking a lizard sometime. YOU JUST ASK HIM!

Home of the mighty Irken Empire

Home of the mighty Keronian Empire

Hel, or Hell, or Hell Proper, or Hel Propa, or Hades, or Double-H-E-Hockey-Sticks is constantly on fire, ruled over by Al Pacino, and is very unpleasant. THe best parties happen there, and people always have a great time all the time. All the coolest people you always wanted to meet and/or fuck live and party there, and that's real swell. It's so easy to get there. You just take the south Jersey interstate turnpike and hit that old man at the bottom of the offramp.

Also known as the ■■■■■ dimension. It is very Dark there.

Everyone's favorite dimension. May or may not be the home Dimension of MisSTress HaMeAtts, or the Meat Planet.