(not to be confused with "THE POWER")

"Powers are those things that all you people use every day to get things done. But those ones are lame and stupid because you all use them. Only the cool people know about all the super powers out there that make one an AWESOME!."' ~ a Trueist at the next convention

All Awesomes have some form of power, even if it is merely the power that was inside of them all along. Not every power is good, some babies upon birth explode simply because that was their lame power. Some powers are so Awesome that they literally threaten to wipe out all life in the galaxy, and some powers drive the users mad or evil with power(scientists confirm this). Detrimental powers include the powers of prayer, or Traffic Light Telekinesis, or Left-Handedness.

Not all powers are Awesome, such as the power to recognize bread when you see it. But most of them are.

A lot of time people are born with powers, or they manifest at some point. Sometimes entire races of beings have powers. Other times it is the random genetic mutation of evolution in action. Powers can be induced by gods, extraterrestrial or extradimensional beings, a lab or military experiment gone awry, mystical dark arts conjuring or alchemy, deal with the devil, or a supernatural weather event such as a meteorite, solar eclipse or freaky-deaky storm, baby.

Powers can be affected by drugs, like, a person is affected by drugs. This causes the powers to take on the reverse of their original effect. An example of this is someone with the power to rewind time instead going forward in time.

In the Revengerists Omniverse, powers manifest in all of the following ways but are often later depicted differently by various fans. Trueists will tend to describe Awesomes who have very impressive high-level human abilities, sometimes bordering on supernatural, but are overall very skeptical that anything fantastical has happened, otherwise it is "fictional" and even then they will regidly maintain a self-consistent continuity and snark anything that does not or cannot adhere. Realists realize just what amazing feats of POWERS can and does happen erry day all around us with absolutely no limits at all just look around fuckers!! Members and writers of fin faction will most often depict powers manifesting as eight demon tentacle cocks, the ability to make chicks want to sleep with you by creepily staring at their legs, animophing, or characters holding each other and telepathically spouting some poetic bullshit. 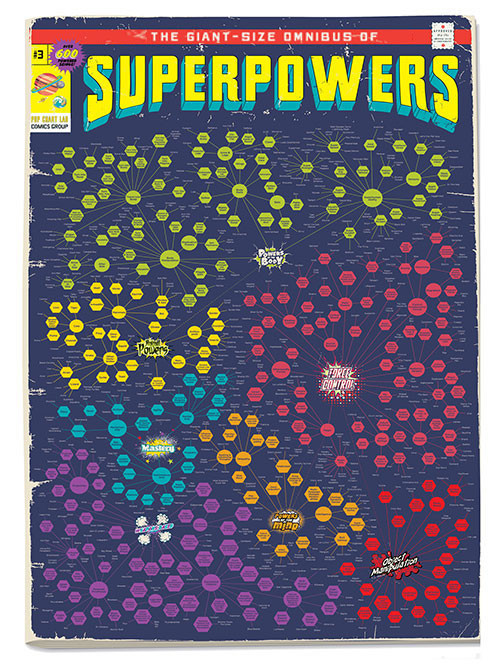 Examples of ways in which a character has the ability to generate an effect.

Examples of methods by which a character generates an effect.

Superpower interaction This section refers to the ability to manipulate or otherwise interact with superpowers themselves, not "power" such as electrical power or gravitational power. This is also not to be confused with energies. Many of these powers are god-like, others only act as a middleman or Powers Broker to facilitate the use of powers in others. Either way, it's a way to make a quick buck, or help others escape a halted or stale storyline.

Ability to cancel the superpowers of others.

Powers which affect an individual's body.

The abilities of extra-sensory perception (ESP) and communication.

These powers may be manifested by various methods, including: by some method of molecular control; by access to, or partially or fully shifting to another dimension; by manipulating the geometric dimensions of time or space; or by some other lame method.

Ability to control or manipulate the elements.

Ability to be aware of, give a shit about, and ultimately do something about, social injustices rampantly propagated by the system.

These powers deal with energy generation, conversion and manipulation. In addition to generic energy, versions of these powers exist that deal with such things as light energy, sound energy, electrical energy, nuclear energy, and the DARK dimension.

Ability to lift off the ground, to ride air currents or to fly self-propelled through the air. Sometimes called Air Surfing

Ability to alter or deceive the perceptions of another. Can be sensory, a light or sound-based effect, or an alteration of mental perceptions.

The ability to change gender, usually at will, but sometimes not, which is pretty funny, you guys.