The Revengerists Consortium of Stuff Wiki
Register
Don't have an account?
Sign In
Advertisement
in: Things, Weapons, Abilities,
and 3 more

Every once in a while you get these guys that try to do some stupid bullshit; like, you know, characterize death. Is death a person? Is it an emotion? Is it salami? NO, itiod. It's stuff that isn't alive that used to be alive. When a person chokes on their own dick and suffocates, they die and subsequently are dead. They have become a member of death. When some stupid butthole ties their dick to a tree and jumps off a cliff their tiny little soldier is ripped off their body, they become incapacitated from the fall, and bleed out from where their dumbass cock used to be. They're DEAD.

Now you wonder, "What about the Grim Reaper?" Fuck you, asshole. The Grim Reaper isn't a real being, it's a COSMIC BEING. Some fucking cavemen or some shit made up the Grim Reaper like millions of years ago; are you a caveman? You might as well be since your brain is so small  it can't process anything more complicated than how to push feces out of your colon and straight into your ugly mouth.

You (i.e. YOU) will die. Cells have a finite limit to how many times they can divide, called the Hayflick limit, whereupon they stop dividing, and your body falls apart.

In two studies, the researchers sought to determine which genes out of about a thousand might still be functioning in zebrafish and mice in the immediate days following death. To their surprise, the researchers found that hundreds of genes sprung back to life. Not only that, the activity of some of these genes actually increased. Most of these genes eventually gave up after about 24 hours, but some remained active for as much as four days after death.

Importantly, several genes that promote cancer also became active. This may explain why many organ donor recipients develop cancer. This tidbit of information could help scientists develop better methods of organ preservation prior to transplantation. The second study shows that similar assessments of postmortem genetic activity could be used in criminal and civil investigations. Forensic teams could take genetic samples at murder scene to get a better estimate of time of death.

Some people have regrets when they die, but this is stupid since anyone should have accomplished their Divine Purpose long before death.

drowning (the third biggest cause of accidental death in the world) - 1 in 8,900

There are many "things" that can make you become dead, and are thus called "Deadly Things"

Many of these are Animals, though some are Natural Disasters, Diseases and Monsters. 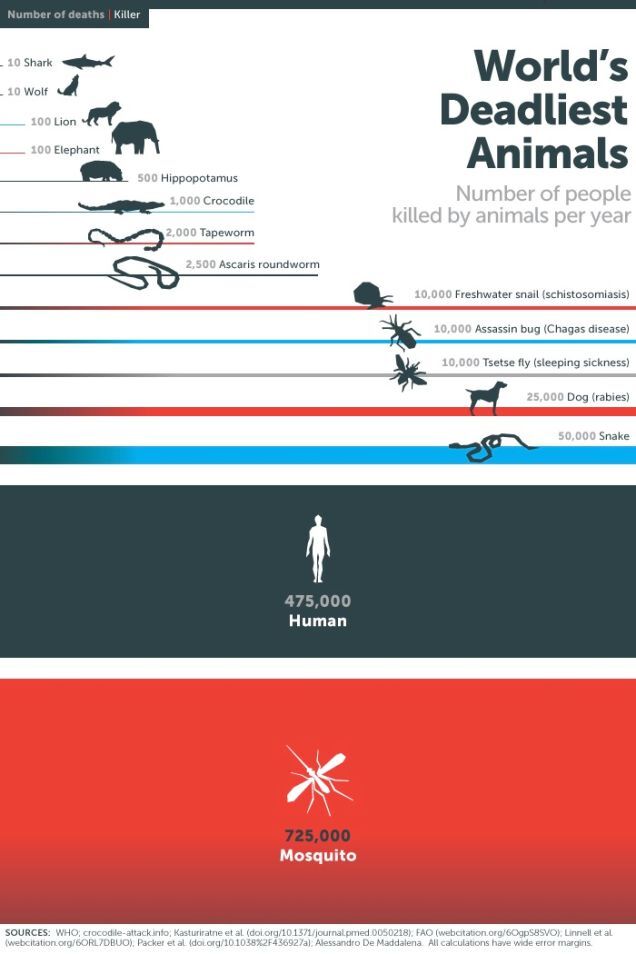 Hey, sometimes mistakes are made, okay? People die earlier or later than they're supposed to. People fake their deaths. Quacks declare someone dead when they're really not. They're actually completely aware as the coffin lid is closed and feel the heat as they are slowly cremated.

People will always die in sets of threes due to the magical property of the Curse of 3 as well as the Comedy Rule of Threes because death is the ultimate annihilating force erasing every scrap of your self identity and consciousness so all you can do is laugh, really.

When Death is super-effective it may result in an Extinction.