Start a Wiki
Food is a form of power up that gives the consumer of it more energy (and the power of the vanquished) to fulfill their tasks and important duties. Food itself can be one of those tasks or important duties, and has its own branches of science, art, alchemy, fights, and fetish dedicated to it.

Food is a highly valuable commodity and people desperate for either some food or any particular food are not to be trifled with. Unless you're giving them trifle. That would make sense. As it is sought after by all, food can be very expensive, though even inexpensive food can often be delicious. Do not let 'food snobs' tell you what food to eat. Just proudly slap your slimy gut up on the table and push ho-ho after wretched ho-ho down your haughty facehole.

People who enjoy food are called 'Foodies.' People who do not enjoy food do not exist. Some even hoarde food in disgusting repositories known as "pan-trees". A robust 'food culture' exists which is why there are so many still life paintings of fruit, and also why both 'Weird Al' Yankovic and Frank Zappa wrote so many songs about food. Other great musical acts include Cream, Bread, The California Raisins, the Meat Puppets, and The A&W Band. Also... the... uh... Red Hot Chili Peppers.

Many people even like to take pictures of their food because it is more interesting than any deeds or accomplishments in their sad lives. Food has even started Wars. Still, food is pretty Awesome, so...

Foods are often organized into a complicated series of charts where they are broken into arbitrary groups: 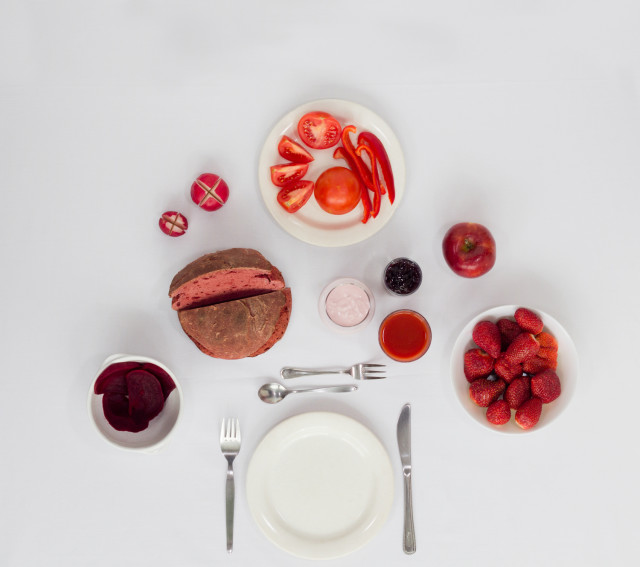 Red foods are the sexiest and most potent color of foods. They are especially spicy or sweet or savory or succulent, and are a special danger to Super-Tasters. 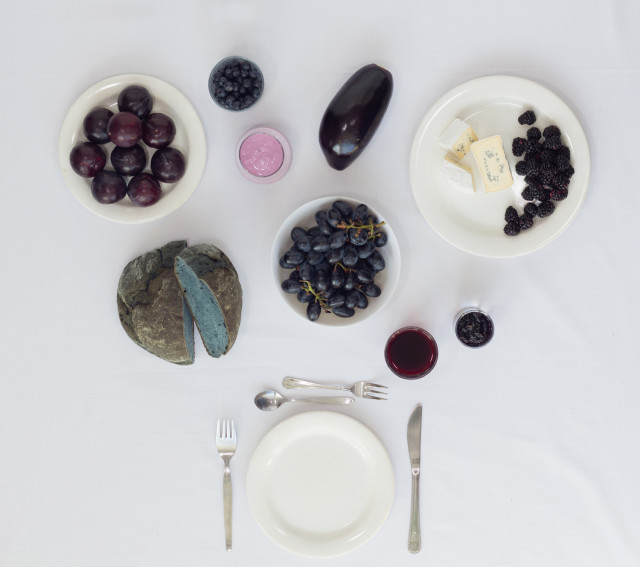 There are no blue foods. It sickens me to think upon it.

Purple foods are strange but pleasant. 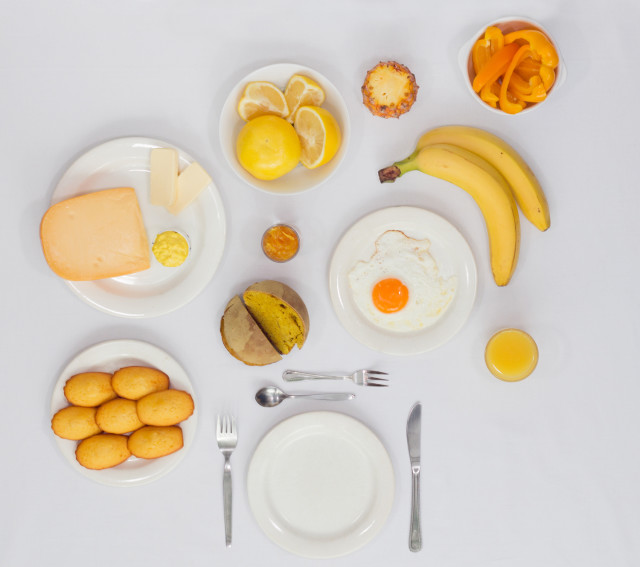 Yellow and orange foods are the best, but this is unfairly weighted due to the sampling of Cheese Foods disproportionately in this category. 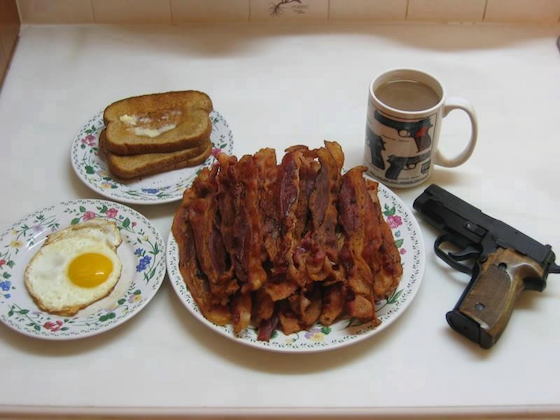 "The Most Powerful Meal of the Day of the Revengerists Omniverse", it is for Champions like Ron Swanson and Walt, Jr. And not for tame-ass losers who do it wrong like Europe. Pft. Two cantaloupe slices and coffee. Go suck an egg!

These foods have been rigorously tested by Scientists, and probably give you superpowers maybe.

These are foods that activate your third eye.

They are either found deep in the forests of nature or created artificially in a lab by Lunatic food scientists, or some terrible hybrid in between.

They include portabello mushrooms, alcohol (in enough quantities), and flan.

If you try to eat these, you might die by being sucked into a dimension of madness. But they effect individuals differently. You might find that they do not have any effect on you, because you are a lame Norm poser.

One can not only consume books for their power, but also gain special abilities and perks from the knowledge contained therein. Many books even proffer the very meta-instructions for the best preparation of their own  use. These are known as 'Cook Books' because this is what you are supposed to do with them:

Not unlike parasites, such thought-foods known as books will infest your every neural synapse and haunt your every memory, filling your senses long after with an even greater appetite for more; an unquenchable hunger tormenting you for the rest of your days; a mind-prison from which there is no escape.

Monster Food is not food for monsters. You're thinking of humans. Monster Food is food that you think is food but actually turns out to be monsters. Food monsters can be tricky that way. Also don't call them food monsters, those are just regular monsters who are food-themed, like Cookie Monster. 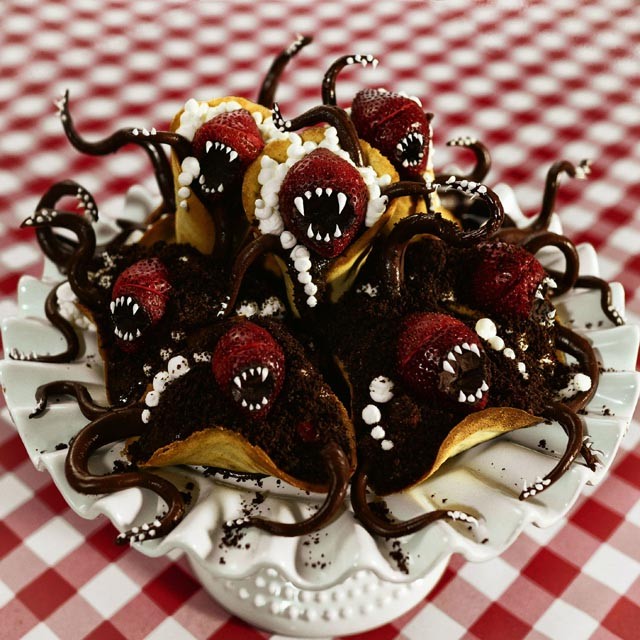 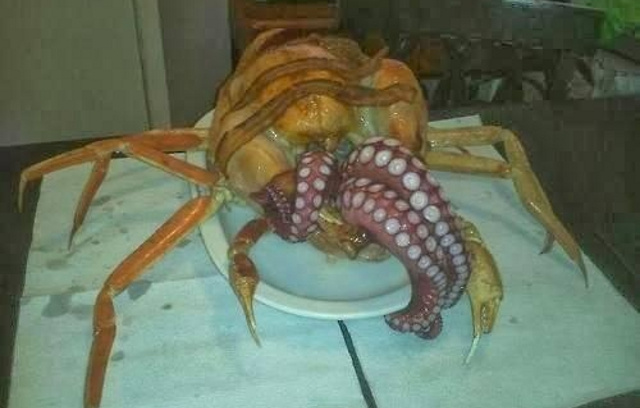 People often maek foods on their own from scratch, such as biscuits, and this will require a prohibitive amount of personal energy expenditure. They call these powers Cooking and Baking

How to Make Food: Edit

Companies, Farmers, and Michelle Obama try to jazz it up, but some foods are just BOOOOORING. It's not that they're bad for you, or even because they're good for you (some healthy foods are the bomb, like grapes), and it's not even that they taste that bad. In fact, even bad-tasting food wouldn't be boring, because it would cause a visceral reaction of hate or disgust. Some foods are just boring, and we won't comment any more on it.

Though many with Stomach Powers have been known to literally devour anything, there are some things which are confidently placed in the Category of Not Food. Do not attempt to eat any of the following items unless you are a professional like Dr Tasty or Galackus. If you find yourself eating this literal garbage, then you may suffer from a condition known as Pica.

You will often hear people refer to regional foods such as country cookin' or food deserts. That is because food comes from all environments throughout the Omniverse. For example, on Kepler-5b you might enjoy a dish of hot steaming velocity, whereas in the American South they may feed you deep-fried pig intestines. A food desert is a place that has no food of real value, though inhabitants might "eat" magazines, rocks, shoe leather, liquor, various resins and "hot" 7/11 food.

Retrieved from "https://revengerists.fandom.com/wiki/Food?oldid=18019"
Community content is available under CC-BY-SA unless otherwise noted.