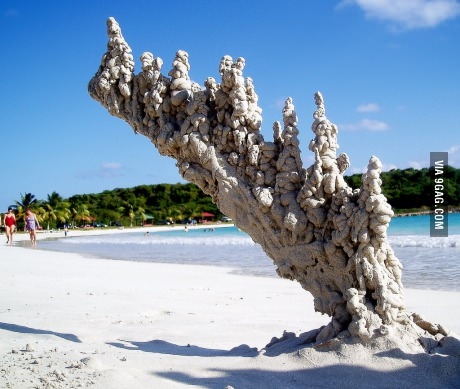 Fulgurites (from the Latin fulgur meaning thunderbolt) are a variety of the mineraloid lechatelierite. They are natural hollow glass tubes formed in quartzosesand, silica, or soil by lightning strikes. They are formed when lightning with a temperature of at least 3,270 °F instantaneously melts silica on a conductive surface and fuses grains together; the fulgurite tube is the cooled product. This process occurs over a period of around one second, and leaves evidence of the lightning path and its dispersion over the surface. They are sometimes referred to as petrified lightning, because even lightning is afraid of Jim Vivas.

on rare occasions these fulgarites are granted the powers of golem-like life, and are known to reek havic on unsuspecting beach-goers

Retrieved from "https://revengerists.fandom.com/wiki/Fulgurite?oldid=11480"
Community content is available under CC-BY-SA unless otherwise noted.