Start a Wiki
Le Loyon is a mysterious Awesome legend that roams the forests of Western Switzerland, rarely seen and even more rarely photographed. He wears a camo-coloured military cape and is only ever seen in an antique gask mask (most likely WWII, based on what little eyewitness testimony and photographic evidence exists). His reclusive behavior suggests he may believe the world is in an apocalyptic state, or that WWII never ended. Like the rest of Switzerland, he never bothers anyone and is content to busy himself with his own problems and to leave the rest of the world to theirs. Clearly one of the world's best survivalists, he has lived there for decades with only sporadic sightings, and despite numerous attempts by police to sweep the forest of Maules (FR) in search of what they deem a 'dangerous lunatic ', he has evaded all capture. He's probably some ex-special forces or some shit.

The mysterious figure said to roam a specific trail in the Western Swiss woods for a decade now has been caught on film.

‘I came across him near the marches,’ said the unnamed amateur photographer who tracked him down. ‘I approached him up to a dozen metres away.

‘He had a military cape, boots and an army gas mark – an antique type, I think. He measured more than 1.90m. He stared at me then turned his back on me and left in silence.’

At any rate, the man, known locally as “Le Loyon”, wears a camouflaged cloak and roams the forest trail daily. Up to this time, he had been only a legend with no photographs establishing his existence.

The mysterious stranger has puzzled locals and authorities in Switzerland for years. He always wears the same outfit and nobody has ever seen his face. The mystery surrounding his identity and purpose in the area has been the subject of much concern and intrigue.

Some area residents have also expressed fears over the man’s intentions. “He came out of the woods with his military clothes,” said one woman. “We saw neither his face nor his eyes behind his big dark gas mask.”

Authorities are currently attempting to track down and identify the man but have so far come up empty.

Because apparently it's a fucking crime to walk around in the woods not bothing anyone.

While he does not seem to be obviously aggressive or dangerous, police are hoping to speak to Le Loyon in an effort to encourage him to be less threatening.

Le Loyon has supposedly abandoned his "rags" in the forest, accompanied by what he calls the "Act of death and will of Phantom of Maules":

Dear alias Patrick du Matin, not only are you a crétin (stupid person, fool) but you are mostly an assassin.

You murdered an innocuous being, which was, in his walks, a real therapy for happiness, a cerebral healing allowing him to face the responsibilities and vicissitudes of normal life, and it had!

Le Fantôme is not able to explain this happiness, but you do not seem to know Sacher-Masoch ; you would discover that it takes all kinds to make a world.

Then you are a murderer of liberties.

Listening to you, we are left in the Middle Ages, to the time of sorcerers. Why do you not raise yourself against the little toads in helmets and hoods, dressed in leather, which backfire on their dirt bikes in these same forests, offending them!

Do they take the time to pray before the little Oratory, to ask for a better world? I terrorize children, make me laugh! Why are they not terrorized by the real horrors and crimes they see on television, in the media?

Who is in charge of tuning the Tolerance button and Freedom in this society? These beautiful concepts to benefit more dealers, pimps, thieves, rapists and hooligans!

Switzerland is small, anything that does not conform to the garden gnome must be eradicated.

I thought, during those years, you would always let me be at peace, until these feelings had evolved. You give me inverse evidence, unfortunately.

Le Fantôme disappears, the risk of hunting the beast is too great. He will come back to haunt the narrow spirits of your species, because ultimately, a ghost never dies.

This letter was published in the municipal bulletin Sâles. This "death notice" is accompanied by comments Sâles trustee, Jean-Marc Piguet. Since the media coverage of the strange character, he writes, the "sense of insecurity has grown." It would be "Le Matin", and not Loyon itself, who would generate a feeling of insecurity. "From the beginning I wished to talk about how Loyon had never hurt anyone," replies the trustee. "I think the media has had two effects. Depriving a person of his harmless outlet and making some insecure."

Views that others do not share. "It's rather good news!" Said a residen. "It was anything but pleasant to cross, especially with children." The outfit and Loyon letter were found in September, confirmed the Fribourg cantonal police. A copy of his letter was then sent to the trustee. "I decided to publish it to inform the public. But the communal bulletin appears only twice a year, so we had to wait until December, "he notes. 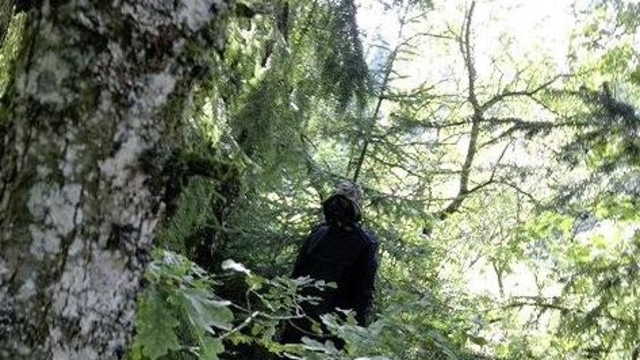 But why was the mysterious Loyon walking with a gas mask? We will perhaps never know, but it leaves a trail of explanation in his "testament". Austrian writer of the nineteenth century, Leopold von Sacher-Masoch is the origin of the term "masochism."

His body was never found, so this 'suicide' may have been symbolic, or a ploy to throw authorities off his trail. Was Le Loyon the beast he referred to in the letter? Or does he (or it) hunt some other, greater beast?

Will it return to haunt the narrow spirits of our species once again?

Retrieved from "https://revengerists.fandom.com/wiki/Le_Loyon?oldid=15671"
Community content is available under CC-BY-SA unless otherwise noted.