The Revengerists Consortium of Stuff Wiki
Register
Don't have an account?
Sign In
Advertisement
in: Hybreeds, Awesomes, Sorcerers, Women 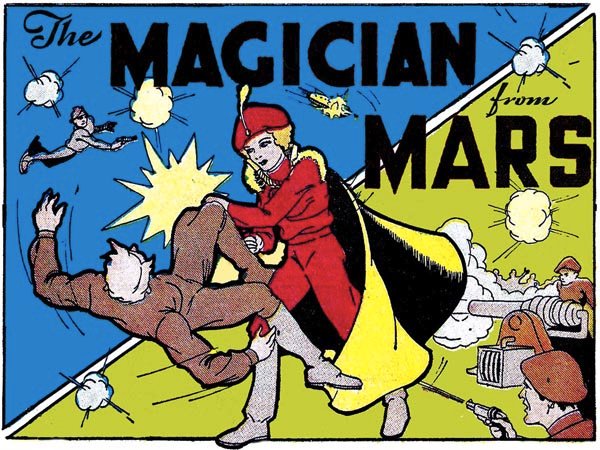 Jane Q-X 3 was the daughter of a Martian father and an Earth mother. Blessed with miraculous powers, Jane devoted her life to protecting the citizens of Earth as the enigmatic Magician from Mars. Because she could access 100% of her brain capacity, The Magician from Mars could fly, reshape reality, “destroy time and space,” and keep herself young and beautiful forever. Quite an impressive résumé. The Magician’s adventures offered readers epic adventures, as the heroine battled rampaging monsters or led armies into battle. Sadly, she only made five appearances in "Amazing Man Comics" in 1940.