Marian (born January 25, 1927) and Vivian Brown (January 25, 1927) are American identical twins and celebrity icons of San Francisco. Known as the San Francisco Twins, they are renowned for their appearance in media with adorning signature identical bright snappy outfits and hats atop meticulously coiffed hair. They were voted second as San Francisco's "Best Local Character" in 2000. They would often eat dinner at one of the front tables at Uncle Vito's restaurant, just below the crest of Nob Hill in San Francisco.

At 5 feet 1 inch, and weighing 98 pounds each, Marian and Vivian were always seen together. They dressed alike, walked in lockstep and ate at the same speed, even lifted their forks in unison. They never broke character until Vivian became forgetful due to her Alzheimer's disease. After a slip and fall in the summer of 2012, Vivian ended up in San Francisco's Davies hospital and her condition continued to deteriorate.

In 2012, the sisters faced financial problems after Vivian required costly care following her fall. San Franciscans and charities united to help keep the sisters together.

Vivian and Marian were born in Kalamazoo, Michigan, just eight minutes apart. Vivian was the elder. They grew up in Mattawan, Michigan, where they attended Mattawan High School and in 1945 graduated as co-valedictorians, giving the valedictory speech together. They went on to earn matching degrees in business education from Western Michigan University at Kalamazoo. With the intent of escaping hot summers and the long cold winter months, the Browns left Michigan for San Francisco in 1970. After they arrived in San Francisco, Vivian became a legal secretary and Marian worked at a bank.

While in Kalamazoo the twins were frequently seen on the downtown Kalamazoo Mall always dressed identically from head to toe. For more than 40 years, the Brown twins were an entertainment fixture of the San Francisco social scene. They appeared in public in identical outfits, becoming neighborhood celebrities. They gained wide exposure in a 1988 Reebok advertisement, which led to appearances in talk shows and modeling in advertisements. They have appeared on The Richard Simmons Show, The Tom Snyder Show, The Vicki Lawrence Show. They have been featured in over 25 television advertisements over the years. Among the corporate advertisements they have been in included IBM, The Chronicle, Payless Drug Store, Virgin Atlantic Airlines, Joe Boxer, Macy's, AT-AT, Dell, and Apple Inc. 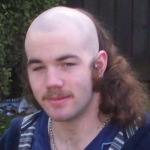