The Revengerists Consortium of Stuff Wiki
Register
Don't have an account?
Sign In
Advertisement
in: Locations, Locales, Places,
and 2 more

Nexus of All Realities

Nexus of All Realities
[[File: 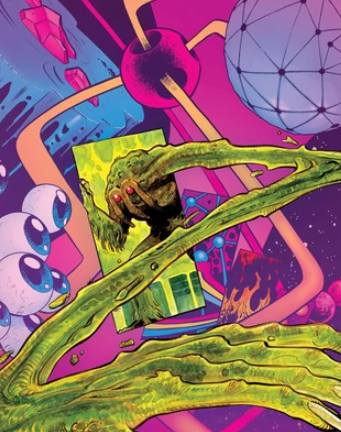 |250px|center|Nexus of All Realities]]
Gallery

Official Name
Nexus of All Realities

Locale
Nexus of All Realities
Characteristics

The Nexus is a cross-dimensional gateway which provides a pathway to any and all possible realities, this includes realities between realities. It is unknown whether it was created by some being or just if it's the one place in the entire Omniverse where all realities naturally intersect.

In Earth-928, one possible future in year 2099, Jordan Boone of Alchemax, worked on his project of Virtual Unreality. It was later revealed that the combination of this project with the Cyberspace managed somehow to project Doom and Wire into the Nexus of All Realities, where Doom was encouraged by former conquerors to assemble an army of every time to conquer Earth.[1]

In Earth-58460, Man-Thing's Swamp is in Bywater, New Orleans. Local Native Americans remember that their ancestors called their sacred land "Nexus of All Realities", although it seems to be a random name, not a real portal to other universes.[2]

Possibly the worst alternate reality ever. When they talk about a flat earth, they're referring to Earth-1218. It's everything any norm could want, and much much less.