Sandwiches are a Superfood.

Sandwichmaking is a jealously guarded secret ancient craft, or rather, dark art undertaken by dedicated and mad sandwichsmiths and a rotating roster of Patron Saints of Sandwichmaking. 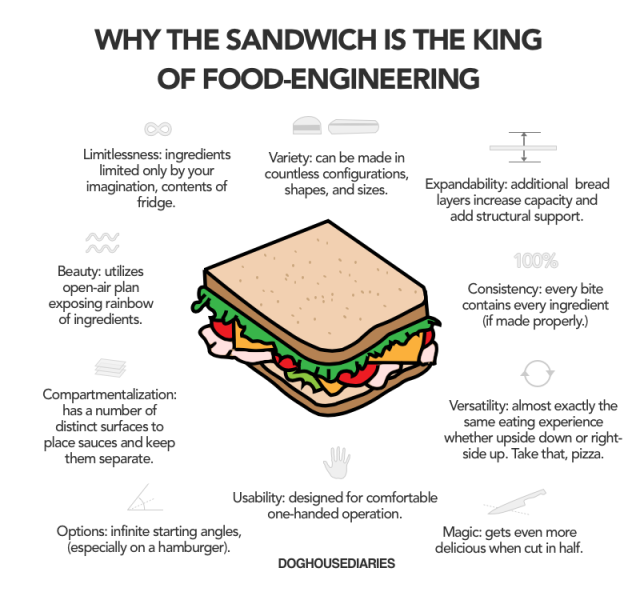 The definitions of what is and isn't a sandwich is highly speculated in the mainstream media, but is all a ploy to keep consumers spending in the pursuit of an ever-elusive truth to the 'True Knowledge' that 85% of humanity is not allowed to know, 10% are actively trying to suppress, and only 5% of the general public are aware of and trying to enlighten the others.

Retrieved from "https://revengerists.fandom.com/wiki/Sandwiches?oldid=13563"
Community content is available under CC-BY-SA unless otherwise noted.