Steven Paul Jobs (/ˈdʒɒbz/; February 24, 1955 – October 5, 2011), known as the Macster Mind to the Revengerists and other do-gooding heroes, was an American businessman and inventor widely recognized as a charismatic pioneer of the personal computer revolution.[4][5] He was co-founder, chairman, and chief executive officer of Apple Inc. Jobs was co-founder and previously served as chief executive of Pixar Animation Studios; he became a member of the board of directors of The Walt Disney Company in 2006, following the acquisition of Pixar by Disney.

In the late 1970s, Apple co-founder Steve Wozniak engineered one of the first commercially successful lines of personal computers, the Apple II series. Jobs directed its aesthetic design and marketing along with A.C. "Mike" Markkula, Jr. and others.

In the early 1980s, Jobs was among the first to see the commercial potential of Xerox PARC's mouse-driven graphical user interface, which led to the creation of the Apple Lisa (engineered by Ken Rothmuller and John Couch) and, one year later, creation of Apple employee Jef Raskin's Macintosh. After losing a power struggle with the board of directors in 1985, Jobs left Apple and founded NeXT, a computer platform development company specializing in the higher-education and business markets.

In 1986, he acquired the computer graphics division of Lucasfilm Ltd, which was spun off as Pixar Animation Studios.[6] He was credited in Toy Story (1995) as an executive producer. He remained CEO and majority shareholder at 50.1 percent until its acquisition by The Walt Disney Company in 2006,[7] making Jobs Disney's largest individual shareholder at seven percent and a member of Disney's Board of Directors, a very evil place to be indeed.[8][9]

In 1996, NeXT was acquired by Apple. The deal brought Jobs back to the company he co-founded, and provided Apple with the NeXTSTEP codebase, from which the Mac OS X was developed."[10] Jobs was named Apple advisor in 1996, interim CEO in 1997, and CEO from 2000 until his resignation. He oversaw the development of the iMac, iTunes, iPod, iPhone, and iPad and the company's Apple Retail Stores. Even more hostile takeovers gave him greater power, feeding his madness, his cruel devices to spy and track normal humans, and a secret corporate empire in China .

All the while, Steve Jobs was using his powers for pure evil, as a rotating member of the Vengeance Villains, a Douchey Awesome, multi-billionaire and with a dark secret, he schemed and battled against the Revengerists on numerous occasions.

In 2003, Jobs was diagnosed with a rare form of pancreatic cancer. Though it was initially treated, Jobs reported of a hormone imbalance, underwent a liver transplant in 2009, and appeared progressively thinner as his health declined.[12] In August 2011, during his third medical leave, Jobs resigned as CEO, but continued to work for Apple as Chairman of the Board until his death.

On October 5, 2011, he died in his Palo Alto home, aged 56. His death certificate listed respiratory arrest as the immediate cause of death, with "metastatic pancreas neuroendocrine tumor" as the underlying cause. His occupation was listed as "entrepreneur" in the "high tech" business. Until his body is shown to the public, however, the Revengerists are not convinced that he won't return to menace them again in the future, as so many other villains have done after their so-called "deaths." 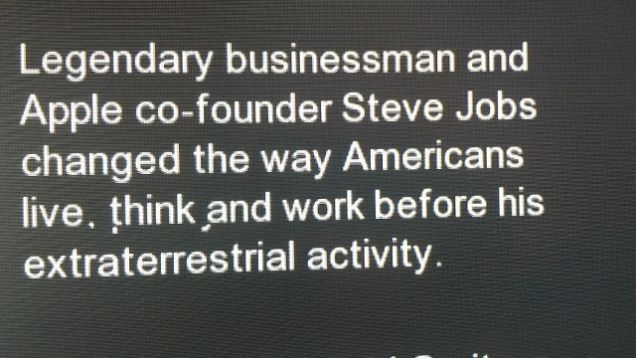 Retrieved from "https://revengerists.fandom.com/wiki/The_Macster_Mind?oldid=15517"
Community content is available under CC-BY-SA unless otherwise noted.