Welcome to the official Kiwi Wiki for The Revengerists;

...the fighters of crime and evil!

Our Wiki contains the vast knowledge of the Omniverse. We currently have 2,085 articles. Please be using above navigational bar for explore edit!

A World of Awesomes

Where normal people are overshadowed by those way-more awesome than they... live a group of beings known as Awesomes... who are not total dicks about it. They fight against evil Awesomes and even those so-called 'do-gooding' Awesomes who just like to Lord it over the rest of us and get free gift cards at over 1,700 local retailers!

This team embodies all that is kick-ass and worthy of having wikis (NOT KIWI's) decidicated to them. They are:  revengeristas? revengineers? revengerati?

Merely turn the page and it will unfold like the clicking of a web page. 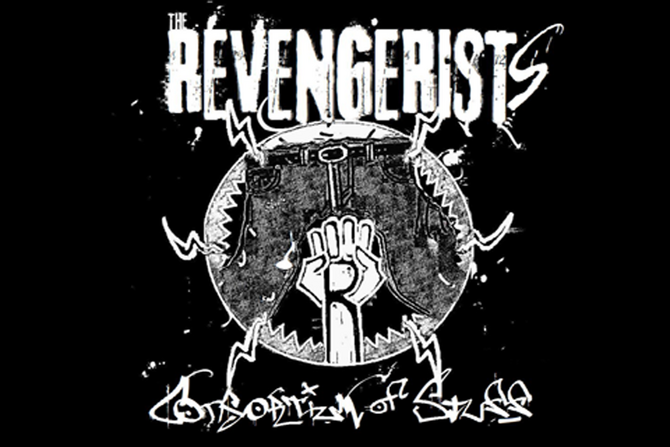 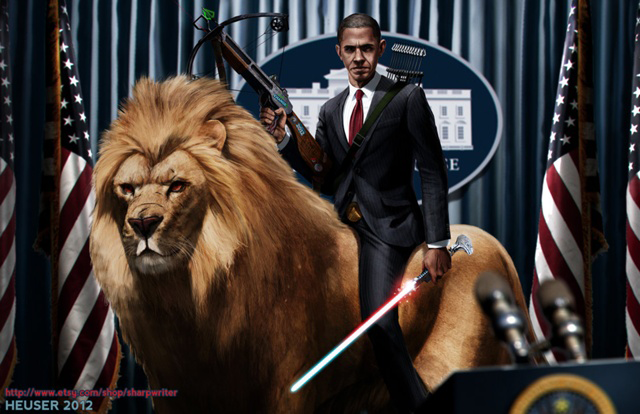 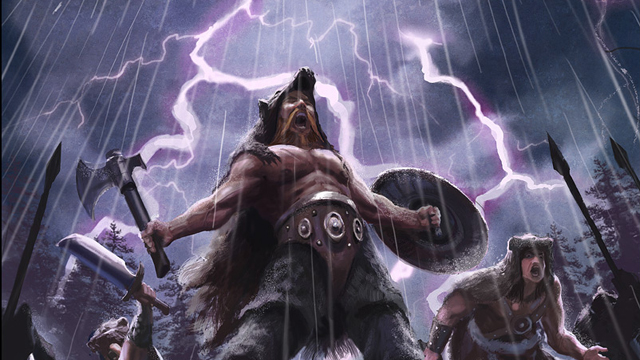 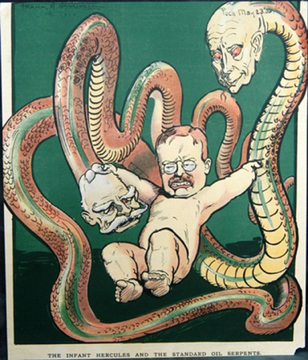 you know them when you see them, for good or evil

are a badass type of Awesome

Many are the topics contained in the Revengerists Wiki! (NOW Gluten-FREE!®©™)

What is this Consortium of Stuff?

This Consortium is similar to the Consortium of the Revengerists themselves. Dedicated to providing the most dedicated and thorough information we can about the written stories of the Revengerists at any cost, most of which were published as a series of comic books. Many exist only as legends and myths of half-remembered stories from earlier time, now long-lost to the Great Comics Purge of 1980, but since substituted with reasonable facsimiles of fin faction. Still yet thers claim that the Revengerists have existed all along, their outlandish (outlandish? open your eyes, Norm!) conspiracy theories explaining how such overpowered hyper-science-fictional supernatural beings could have existed in our world without detection in history books (written by Norms of course) comprises a good 1/3 to 1/2 of Revengerists canon. This Consortium is a place for reasoned and logical debate between these different factions, from the hard-core Trueists (also known as Butt-touchers bastions of morality) to the craziest (truth-seeking) Realists, the occasional nefarious (genius and handsome) supervillain, and even those (idiots) (morons) (FOOLS) who write their own stories.

For after all, if the slaughtering pigwhores can share the Revengerists stable with the spitting gryffonviper, so too can we?

All said, it's pretty stupid awesome.

Writing for this KIWI (not KIWI)

You are on this wiki because you are a.) AWESOME or b.) lucky enough to have glimpzed upon AWESOME &nd have revelated the mysteries of the OMNIVERSE PRIME.

Your friends (if you have any) probably don't understand things about you, like "why you don't seem to be living in the same world as them, what's with all those weird drawings and odd jumbling of frightening words, why do you use so many aliases, why can't we ever see real pictures of you, why do you tell us ridiculous 'lies' all the time?" And you answer:

Then this universe is yours.. and its spanse is many. Its characters cross over every realm: fictional, metafictional, subfictional, & nonfictional. Their AWESOMES are the people around us who make shit go down on a regular basis; our finest natural resource. Their VILLAINS are the shadowy maniacal players across every alternate dimension and space. Their HEROES are all of us, butofcourseyouaren'teveninityetsofuckyou.

If you don't know how to use a wiki, then you should go to hell and learn there. Just like most things created by the Devil, it's fairly easy. Just jump right in.

Primarily three (3) types of people write for this kiwi.

Others who expand this Omniversal nodal resource include; sarcastic pricks, self-aggrandising assholes, vandalists, liars, self-proclaimed evil villains, and sometimes a girl. Some presume that even some real Awesomes use this wiki, but it seems... doubtful.

There are NO RULES because like the famed Revengerist Complound, a self-heating anti-viral regeneration shield blocks out harmful rays and particles.

For more, read Dr Tasty's write-up on HOW TO BE A REBENGERSIT

The Revengerists Podcast of Stuff

"it's a gaussian blur of ludicrosity."

-Pete Pickmeat of TIME™ (the dimension®, not the magazine, board game, or "breakfast cereal")

"thanks to these guys, I can afford to eat Ramen again!"

"and thus... the Revengerists DIE!"

-the exhalted Queen of the Dark

"I was told there would be nude bondage Lara Croft pics... I was severely misled. This website sucks."

-some creepy middle-aged dude from Minneapolis.

"has anyone really been far as decided to use even go want to do look more like?"

"it is the act of a madman to pursue impossibilities."

"does this wiki contradict itself? very well, it contradicts itself. this wiki is large, and contained multitudes."

"it is because of this wiki, that is why a woman holds her breasts when she runs, not because the breasts is going to fall"

"on second thought, after seeing the Revengerists wiki, not all characters are welcome."

"My Favorite Christmas Memory is the one where you fucking die and rid me of your presence."

"Listening to @TheRevengerists makes smodcast seem like TEDtalks. Keep up the good work gents. If u can't save me, no one can."

"I played some episodes during Wasteland Weekend one morning while cooking some breakfast. One of my campmates was really hungover and told me to turn it off because it was making his headache worse. On the upside, it seemed to act as an excellent insect and bear repellant."

"If you read this Wiki, you will die in six days."

"Spending too much time on this Wiki will cause your brain to die."

"You may not know how powerful you are, Revengerists, but you are incredibly powerful. You are powerful enough to convince a rampaging renegade meat-golem to change its mind about matters as important as international bloodlust and global destruction. You are powerful enough that some of the wealthiest sorcerers in the world are prepared to spend billions of dollars to have you assassinated. You are powerful enough to win 16 of the first 34 "Capcom vs Marvel" matches against the most smug opponent in modern arcade history. Our power comes from a simple, timeless truth: when people come together to punch upwards at the dicks and assholes of the world, there is nothing we cannot accomplish."

-@molokaiee, one of our biggest fans

"You shouldn't follow them. I went to the website. It's pure bull shit, not worth your time. 100% nonsense" "It's beyond nonsense. It's unintelligible at best."

"I listened to an episode of The Revengerists Podcast of Stuff while lazing about the living room and I had nothing else to do. It was raining outside and I was wonting for a bourbon or scotch or malt of some kind and lunch time was approaching. There were children running around in the rain and their clothes were wet; their whooping and screaming was irritating. The episode ended after the Southside Santa endorsed a thing I don't recall right now and I boiled a pack of hotdogs."

"So hie thee hence to The Book of Mormon Revengerists Wiki and feast upon its sweetness. Hey! What are you doing with my typewriter?! Get back here!!"

Let me show you the world, shining shimmering splendid 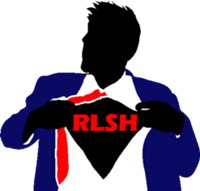 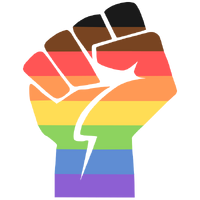 heroes on the half-shell. turtle power!

From Around The Web 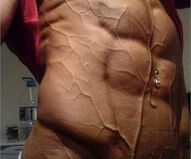 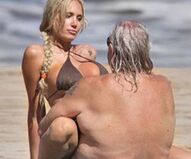 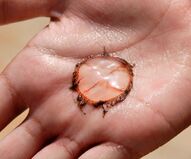 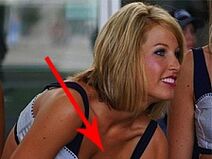 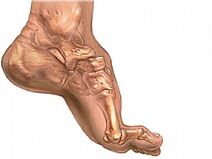 I Couldn't Believe My Foot Was Composed of Translucent Skin and Bone-Shaped Flesh, Then I Found This Cure 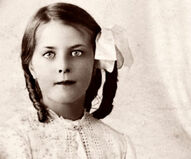 Ghosts of Your Ancestors Are Waiting to Find You in Your Area! 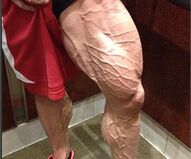 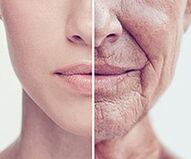 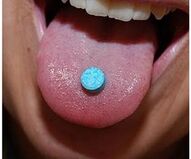 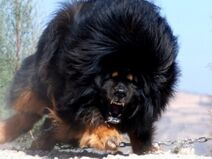 Shocking! Beast of the North Takes Over Entire Minnesota Town!

Celebs Beg Us to Stop Doing This, Listen to Latest Breakdown Screaming for Some Basic Fucking Empathy 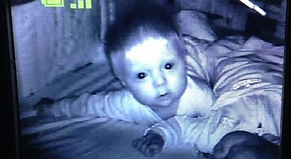