"It sounds more like he's complaining than being gone." - Dr Tasty 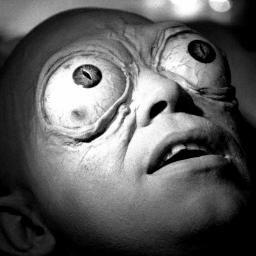 The uttermost annoying being in the omniverse. XXxorxXxorxXx is so annoying that even his name is irritating to type. I don't even want to write this page, but it must be done. Maybe not mention his name again or maybe copy/paste or abbreviate. Hmmmm..

Xorx. That's what he'll be called. Stupid ol' xorx...wait that's still a bother. Maybe X? X is a horrible letter to type, because you have to use your ring finder. I usually map any buttons in games that use the x button to something else, because it's annoying. Do you see a pattern here?

And it's so many X's. Even though the only X-rated thing about old Xorxy is that children should not be around him. Not because he's any real danger (the Revengerists kick his ass ever tim), but because he is so boring and lame that it amounts to a felony... with a minor. For example, none of the things he says he wants to do to Wendy's spokespeople are particularly foul, or innappropriate, or illegal... but just listening to him talk about them makes you want to gouge your own eardrums out with a sharpened dowel rod.

He should spell his name with Zs. On account of how boring he is. But then you would just fall asleep on your Z button before even finishing typing his name. zZzzzzzzzz.....

So his plan to woo a lady is to steal a bunch of colorful rocks and use them (throw them?) to defeat some superheroes that she never even heard of... or they were mad because he destroyed all the Whataburgers... I honestly don't care. It didn't work because the only thing bigger and more annoying than his expository soliloquys is his maniacal ego. He done got hoisted by his own petard. And The Revengerists saved the day! As always.

Wendy went on to become the Queen of Space, probably.

If he's having girl problems, well, I feel bad for him, son. But I gotta say... I think the guy's just an asshole.

Retrieved from "https://revengerists.fandom.com/wiki/XXxorxXxorxXx?oldid=16267"
Community content is available under CC-BY-SA unless otherwise noted.